The official wizzard of Christchurch New-Seeland 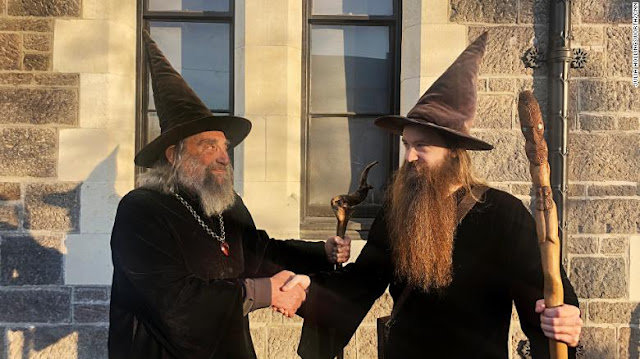 This New Zealand man gets paid $10,000 a year to be a city's official wizard

The Wizard and his apprentice Ari Freeman in central Christchurch, New Zealand, on June 2, 2020.

Since 1998 the city has had an official wizard and being paid by the local government. Born in the United Kingdom, Ian Brackenbury Channell settled in New Zealand in the 1970s, where he became known as The Wizard. As if to reinforce how serious he is, he even held a New Zealand driver's license issued to The Wizard, although he says he hasn't officially changed his name.

As he sees it, his role is to be a kind of provocateur -- someone who brings a sense of fun to the world, but also criticizes the system. A showman, who doesn't mind making a fool of himself.