A man arrives with a floral tribute following a recent terrorist attack in Westminster, London, on Friday. Darren Staples/Reuter 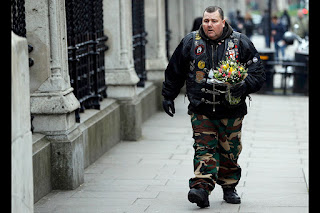 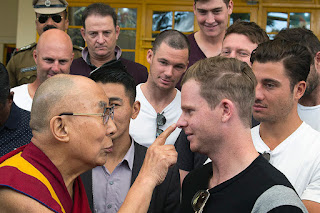 Tibetan spiritual leader the Dalai Lama touches the nose of the Australian cricket team captain, Steven Smith, during an interaction with the team at Tsuglagkhang temple in Dharmsala, India, on Friday. Smith said he hopes to sleep better after meeting with the Dalai Lama. Ashwini Bhatia/AP 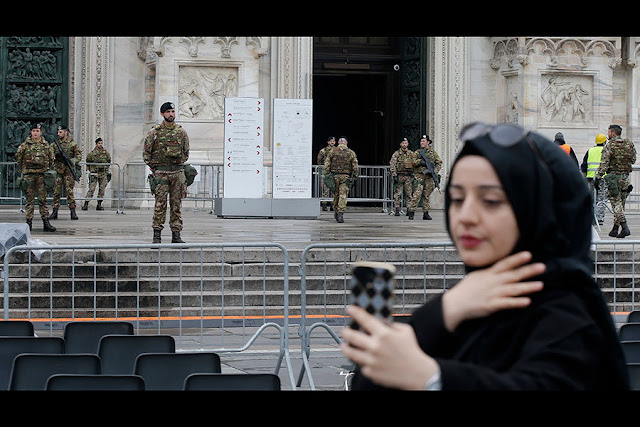 Soldiers patrol outside the Duomo gothic cathedral in Milan, Italy, on Friday as a woman takes a selfie on the eve of Pope Francis' visit. The Pope is scheduled to travel to Milan for a one-day visit on Saturday. Luca Bruno/AP