"Either you eat life, or life eats you."

Blessed is he who has crucified the world, and not allowed the world to crucify him.

On the purely physical plane the Polynesians had a saying, "Either you eat life, or life eats you."

Distinctions we would think are natural, such as the distinction between male and female or the distinct natural necessity of male-female coupling for procreation, are deemed corrupt. Likewise are the institutions arising from these distinctions—like marriage or family—inherently false and delusive. Such systems of this fallen world, and many others, only conspire to create prison cells for our minds, trapping us into perverse thinking.

The Gnostic believed an elite few had within themselves a spark (sometimes referred to as the higher Self) of the original One. Salvation occurred only when the higher Self awoke to the prison cell of this world order—with all its systems and institutions—and returned to its primordial state of oneness, where no distinctions existed. 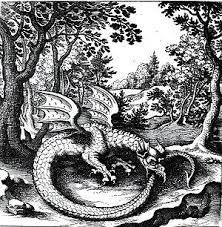 Rebellion against the natural order was thus salvific, a liberation of the true Self. This is why Gnosticism has historically gone hand in hand with the rejection of marriage and childbearing, as well as the embrace of bisexuality, androgyny, and communitarianism. Anything rooted in the natural arrangement of things—property claims, gender distinctions, procreation, natural cultural institutions—shackles the higher Self."

Peter M. Burfeind is a campus pastor at the University of Toledo and author of "Gnostic America: A Reading of Contemporary American Culture & Religion according to Christianity's Oldest Heresy." He blogs atgnosticamerica.com.

-The postmodern move away from “logo-centric” communication toward phantasy, characteristic of the media revolution, fulfills the vision of Christianity’s oldest anti-Logos foes, the Gnostics.  Modern progressivism, rooted in Social Gospel theology, “Religion of Humanity” ideas, and Hegel are direct descendants of a Medieval-Gnostic perversion of Christian theology.
Neo-evangelicalism, or “non-denominationalism,” has become the Christian wing of the New Age movement, finding more in common with ancient Gnosticism than orthodox Christianity. America is far from secular!  Like Rome c. 325 AD, it is undergoing a spiritual revolution toward Gnosticism. – Peter Burfeind